Rome has a Mediterranean climate, with July temperatures reaching an average 85°F during the day and drop to 65°F at night. Expect plenty of sunshine, warm weather and a nice breeze, as Rome Cavalieri is perched on a hill overlooking the city. 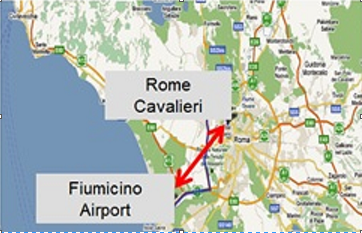 Direct Flights from the U.S.

Ciampino Airport is the second largest international airport in Rome and is used by budget airlines Easyjet and Ryanair. Ciampino is a 45km/28m (50 minutes) from Rome Cavalieri.

Driving to Rome If you are traveling from Europe, we highly discourage to drive as the hotel does not provide parking.